Honey Cells are on the top of a natural hive.Uncapped cells are full of wet shiny nectar. Once the honey is sticky enough the bees will cap (seal) the honey with wax to keep it protected from predators. 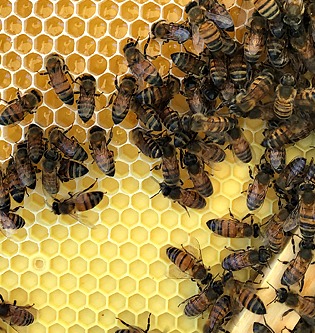 If the bees get hungry, they simply chew off the wax top and get a delicious meal. 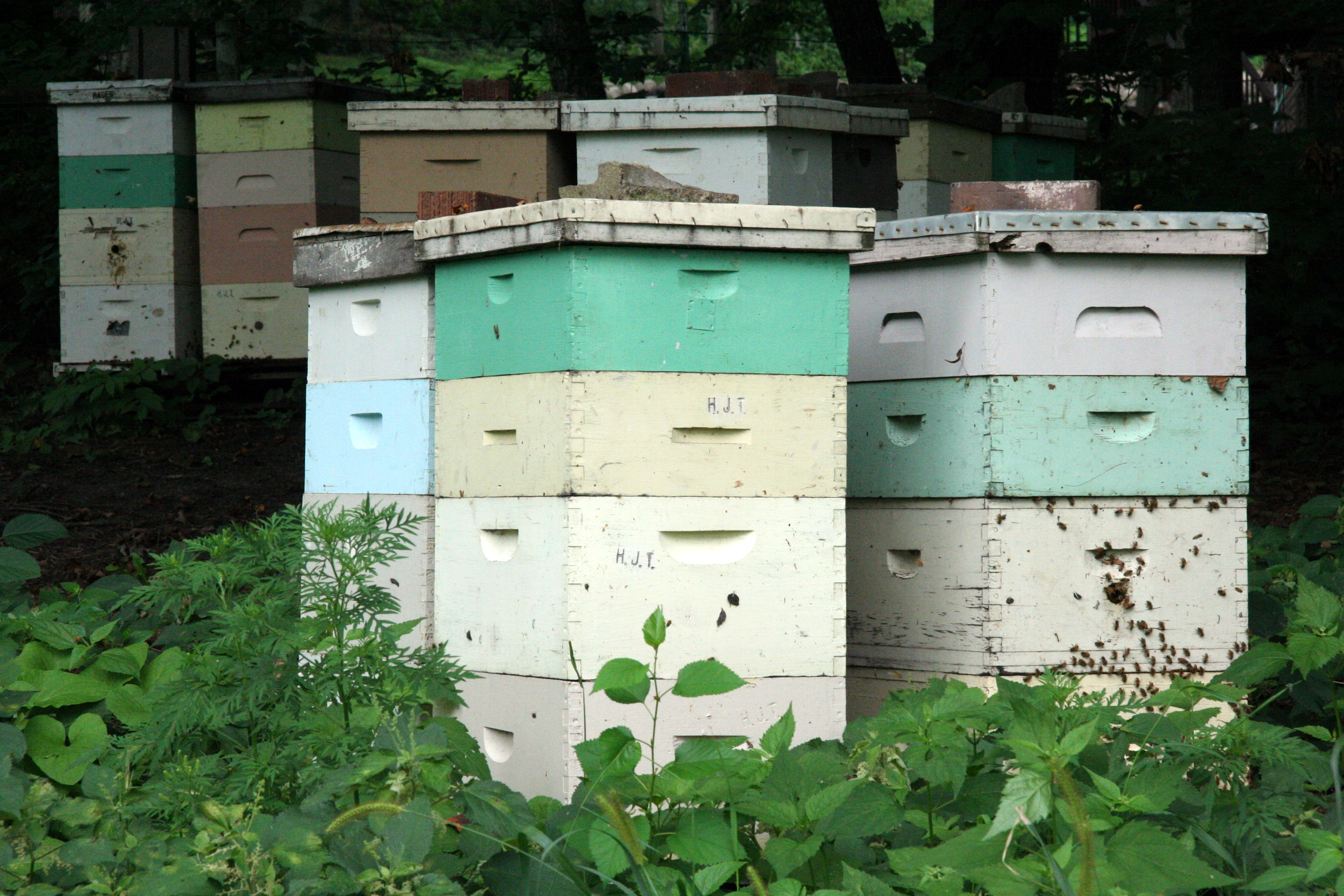 In a man-made beehive, a honey bee box is made up of a hive stand, bottom board, hive bodies (brooder), smaller boxes called honey supers, and a cover. The lower hive body is separated from the supers above by a queen excluder. The excluder is a device that lets other bees through but keeps the queen from passing to other parts of the hive. Some beekeepers believe that excluders lead to less efficient hives.

Pollen Cells. Pollen is a vital part of a bee’s diet providing them with protein, vitamins, minerals, and lipids. Because pollen is collected from different plants, there will be color differences seen in the cells. The capped pollen differs as well. It can be glossy or matte. Sometimes pollen mixed with nectar. 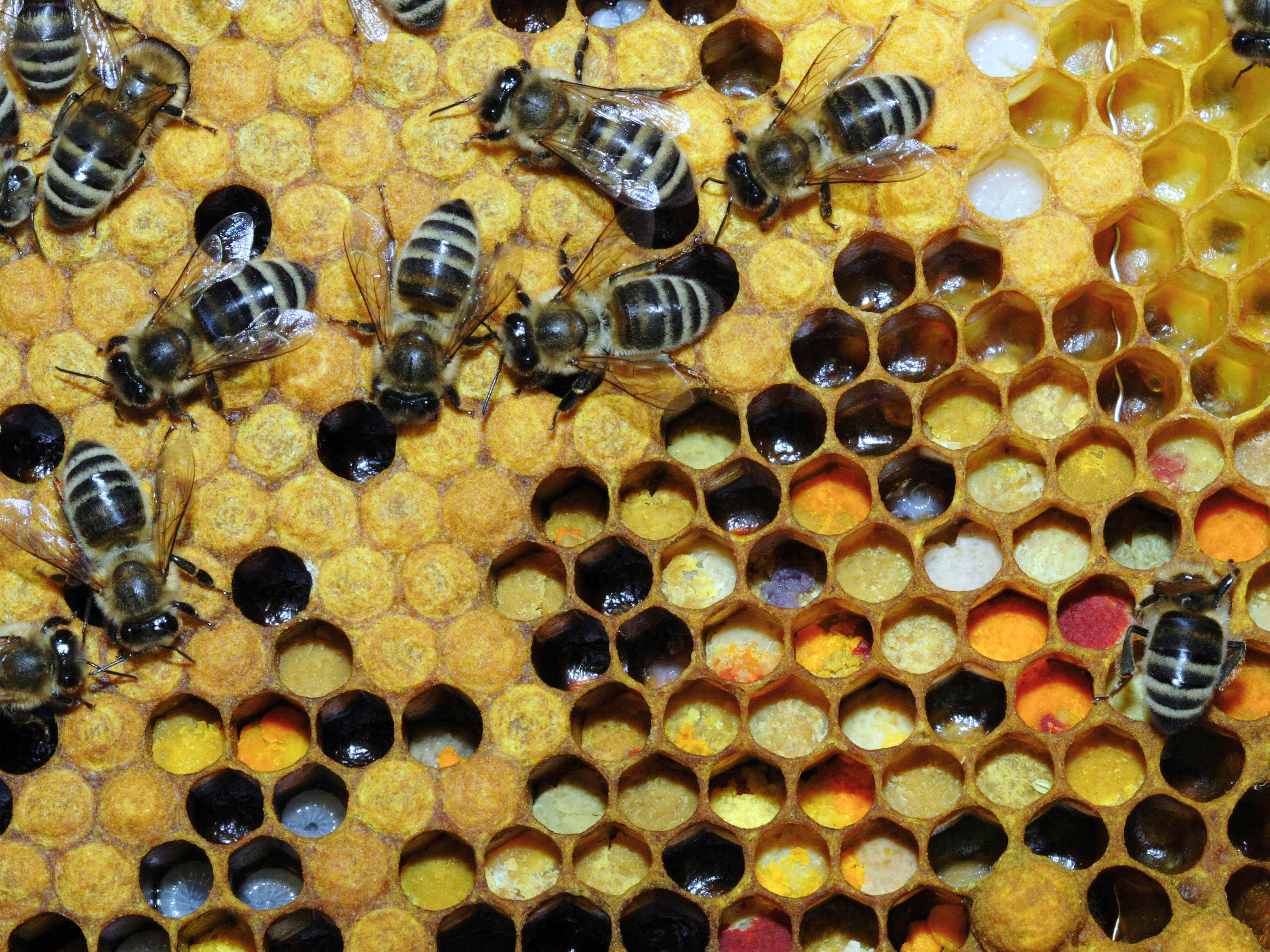 Pollen of various colors stored in the cells of a honeycomb near the brood. Some larvae can be seen, most of the brood cells are already capped.

A brood comb is the beeswax structure of cells where the queen bee lays eggs. Immature bees—egg, larvae or pupae. The brood is preferably kept in the bottom box of a modern beehive although the exact location may move a bit after bees increase in population or wild swarms join a  modern hive. 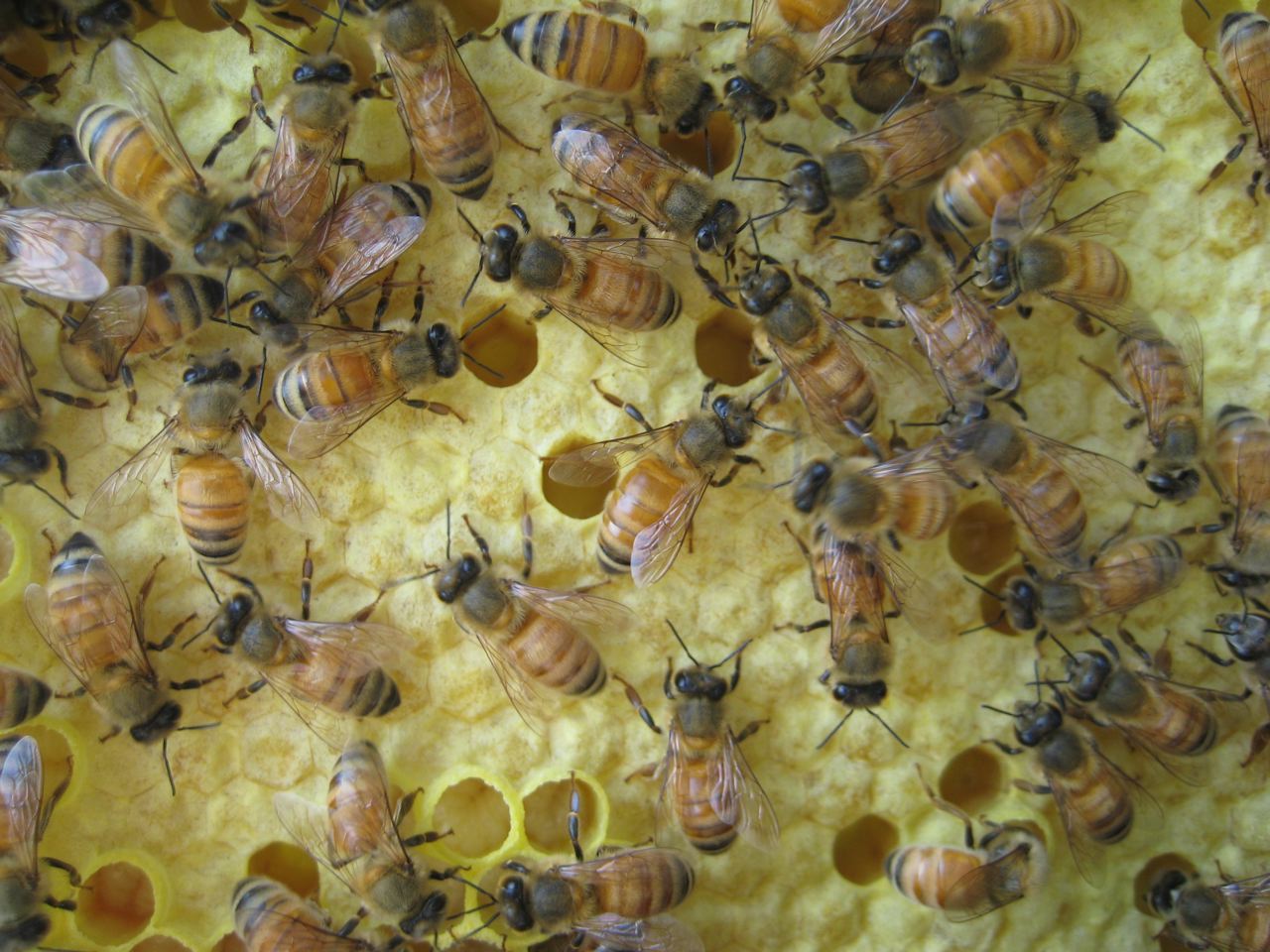 In a natural hive, such as in a tree, the cells containing bees are always under the honey and pollen stores and have a propolis envelope in between (a substance made by bees to protect them from antimicrobial plants to protect them from pathogens). Besides the main entrance, there are peripheral galleries along the comb edge. These are small passageways that let the bees to move easily through the hive. 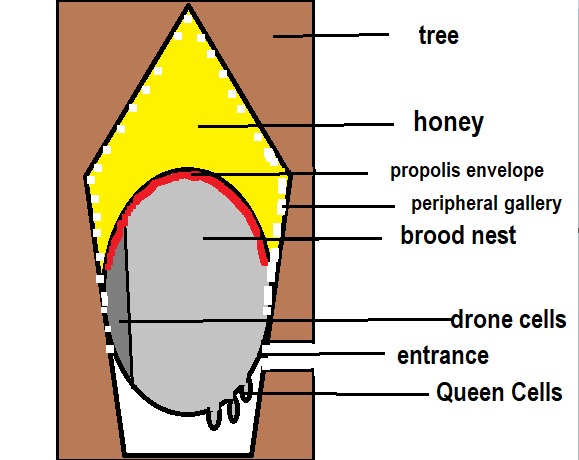 Hive layout as found in nature: honey at the top and sides and brood in the middle.

The Cells That House Bees

A brood comb is the beeswax structure of cells where the queen bee lays eggs. Immature bees—egg, larvae or pupae. 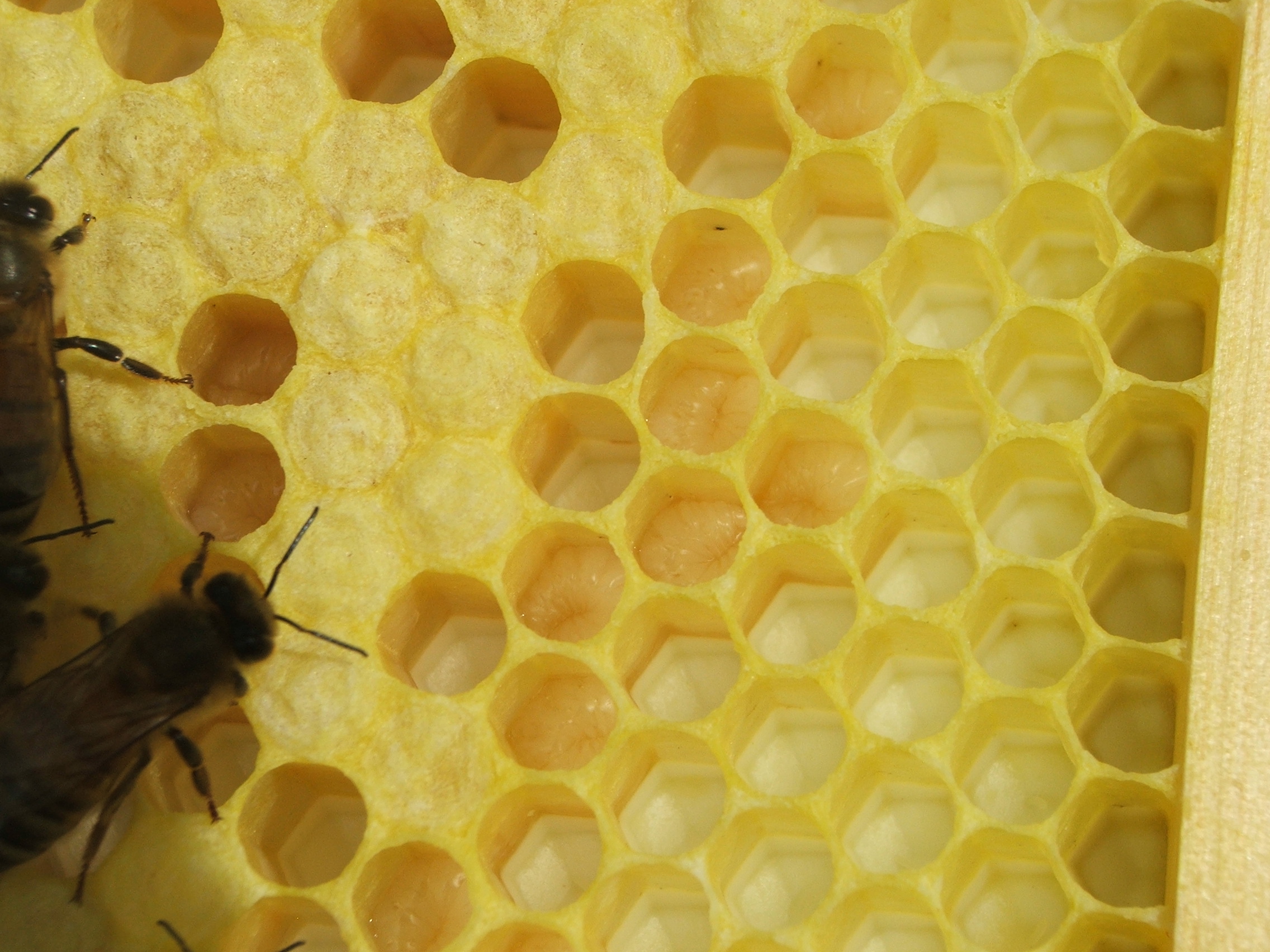 The queen cell is an oversized structure, shaped like a peanut, that hangs vertically on the comb surface made for the purpose of raising a queen. They are modified worker cells, but the structure for raising the queen is often called a queen cup. 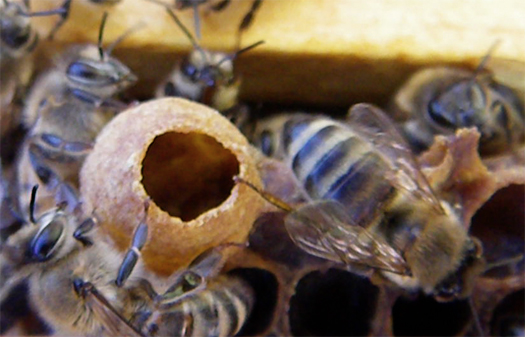 Honey bee queen cell built off the bottom of a Langstroth frame, or modern hive.

A supersedure cell (for replacing a queen) sometimes referred to as an emergency queen; hang off the middle of the frame. 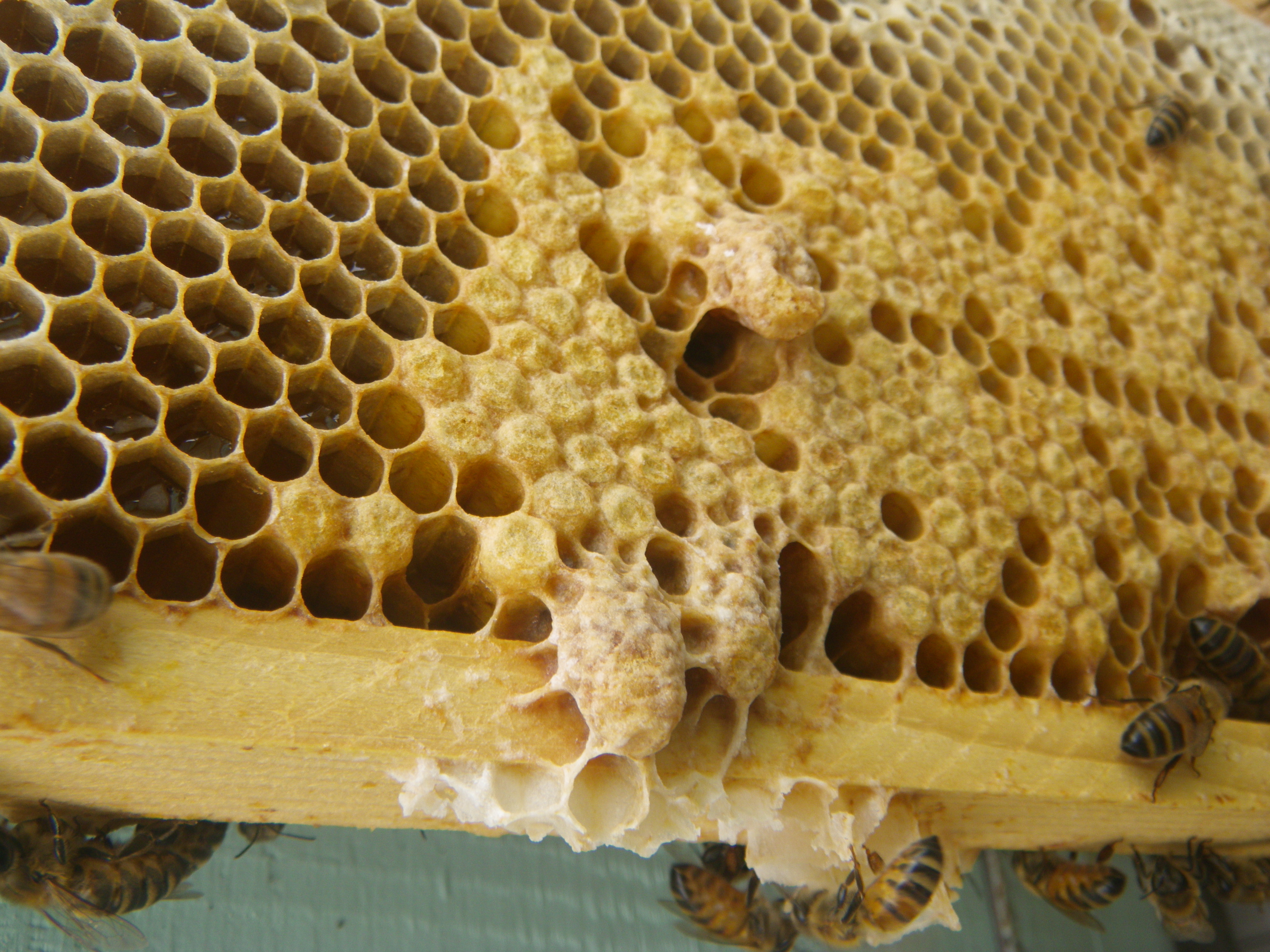 Drone cells are smaller than a queen cell but larger than a worker bee cell and shaped like a bullet top. 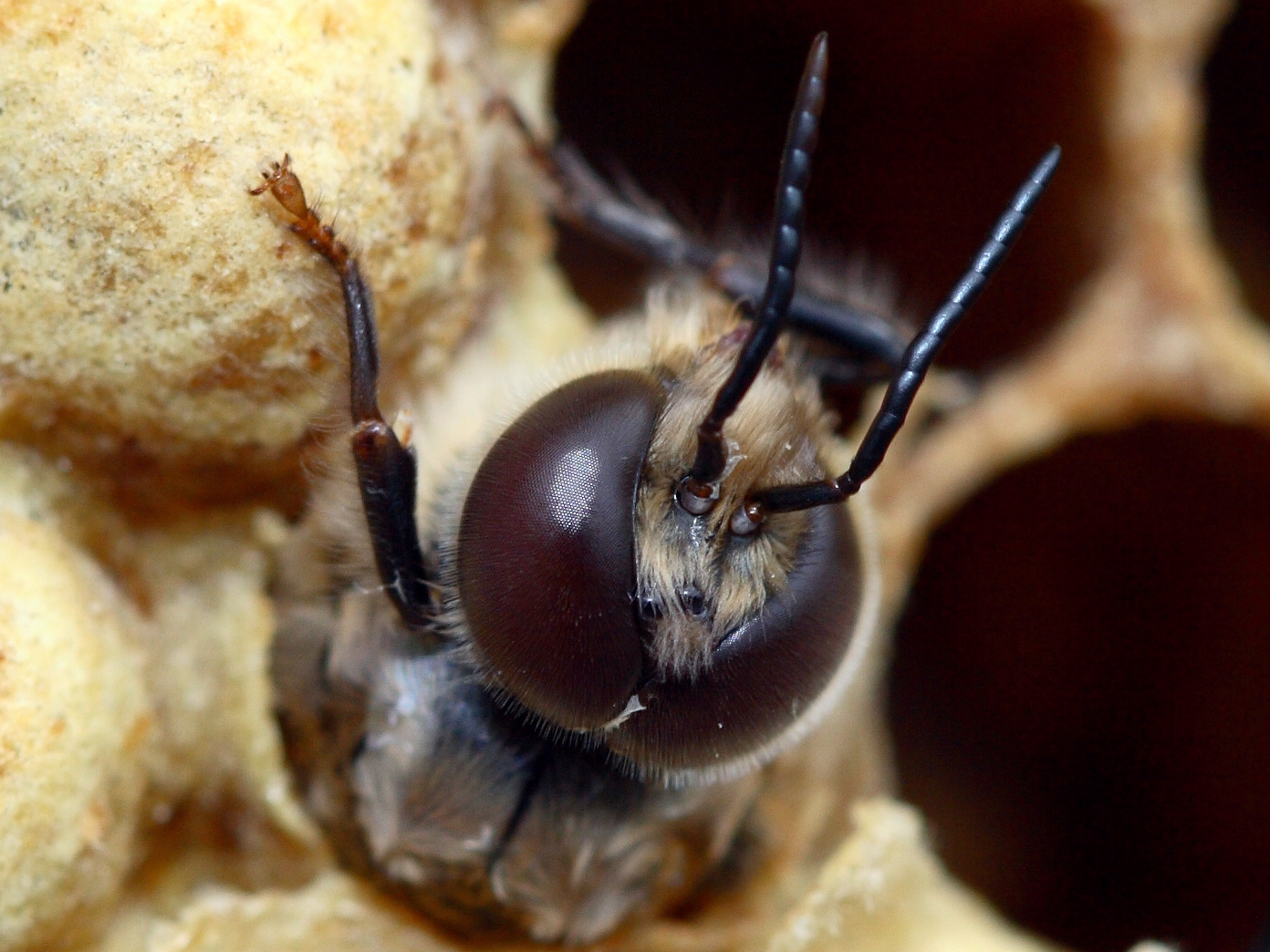 Drone hatching. Bullet shapes cones next to the hatchling are drone cones.

There are all kinds of bees in this great world of ours. Bees are smart little critters. Every day that I learn a little more about them is a day I am delighted. There is so much going on in their intricate little domain. How they affect the vast world in which we live, it never ceases to amaze.

Thank you for visiting Lucky Bee. Next week we will reveal our bee slogan contest winners!

The Complexity of a Hive, Part II, The Hive

The Complexity of a Hive, Part I, The Queen

Categories
Bee, Bee Education, Save Bees, Save the Bees, and Uncategorized 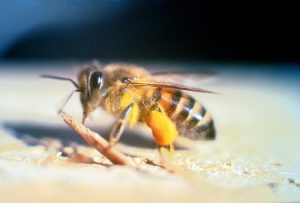 Where Did the Africanized Honey Bees come from and What’s up Now? 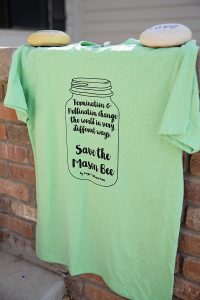